Master Advocates have had a great week securing properties at auction and private sale on behalf of our clients for investment in the world’s most liveable city. There are many reasons to Live & Love Melbourne, securing great real estate opportunities will allow one to enjoy the lifestyle and passion surrounding our great infrastructure, schools, food and fashion culture, business opportunities, parklands, rivers, beaches and much more.

Melbourne has reinforced its great reputation as the world’s most liveable city with new statistics showing Victoria as the number one destination for Australians moving inter-state.

A clearance rate of 79 per cent was recorded this weekend in the Victorian real estate market, compared to 76 per cent last weekend and 69 per cent this weekend last year. There were 1291 auctions reported to the REIV today, with 1014 selling and 277 being passed in, 122 of those on a vendor bid. It has been a busy start to the year, with more than 7,000 auctions held in the year to date. The annual clearance rate, at 77 per cent is the highest since 2010.

The latest Australian Bureau of Statistics (ABS) figures show that over 30,000 Australians from other states migrated to Victoria in the six months leading to September 2014. The arrivals were most likely to come from New South Wales, Western Australia and Queensland.

Victoria is already the destination of choice for business and investment migrants, with the state welcoming two thirds of the national total. This further contributes to an increase in Melbourne’s population of 2.25 per cent according to ABS figures – almost double the national average.

Melbourne is predicted to become Australia’s biggest city as early as 2030, with a projected population of over 8 million by 2056. 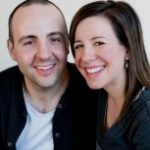