State of the Market

The Melbourne real estate market has experienced exceptional growth during the last 24 months and a strong end to 2016 which continued into 2017. Capital Growth achieved in most Melbourne suburbs 10km to 30km radius of the CBD, between 10% to 17%, which was predicted to slow down or come to an end throughout 2017, though recent private sale, auction and off-market sales results in January and February of 2017 has demonstrated that Melbourne is still performing consistently well with strong demand.

At Master Advocates we have experienced an increase of interstate investors buying in Melbourne, many coming from Sydney as well as Expat investors. Auction Season 2017 has kicked off – Master Advocates are having wins for our investor clients and on top of the market forces and current legislative reviews.

Since the beginning of 2017 we have already assisted in the search, assessment, due diligence, negotiation and purchase of several investment properties for our clients via Private Sale, Off-Market, Boardroom Auction and some target properties scheduled for Public Auction this weekend.

The market can experience high demand coming back from the festive with the first official round of auctions in February and the fact that quality property listings are still low compared to levels of demand across Melbourne “The World’s Most Liveable City”. Though our Master Advocates prediction is that property listings for sale will increase moderately within inner Melbourne during 2017, providing more choice for investment grade property and owner occupying buyers, the Capital Growth rate will reduce slightly to a more sustainable and reasonable level between 8% to 10% within 10km to 30km of the Melbourne CBD.  Beyond this as the Reserve Bank Interest rate remains at an all time low, borrowing money to buy property has never been cheaper, with the noticeable increase of investors in the Melbourne market, equally Rental Yields have remained low.

The major banks are continuously reviewing there lending terms and conditions with strict consideration when assessing LVR (Loan to Value Ratio), serviceability for repayments, equity and security requirements and deposits required by buyers. One of the banks main objectives for this is to minimise the lending institutions risk to investors in residential and commercial real estate as well as lending to builders and developers for prospective projects. This can eliminate pre-approval and lending capabilities for many investors, limiting their ability to purchase and compete for the right property.

For our clients and investors who are established with deposits of at least 10%, consistent sources of income to service loan repayments and equity or security in other property investments, the current market and lending conditions may provide an edge above competitors in the real estate and lending market to secure investment property as a means to build investment portfolio wealth and future passive income with strong growth and equity. Seeking the services of an experienced and independent Mortgage Broker to obtain an updated assessment of your financial position and lending capabilities for property investment is a great idea in the current market.

Conducting your own research and attempting to negotiate the best terms and price on a property purchase is one method of acquiring investment property wealth. Alternatively enlisting the services of an experienced professional Buyers Agent who is a Licensed Estate Agent and accredited with their relevant state real estate associations is a great way to advance your progress with investing in property and maximise your opportunity for the best property selection, independent appraisal of purchase and leasing estimates, Capital Growth and Rental Yield, value add potential and ultimately to save you time, money and stress when negotiating the best price, terms and conditions via Private Sale, Auction or Off-Market methods.

This month’s update includes data and information provided by Core Logic Research Director Tim Lawless.
“We are already into the second month of the New Year and Core Logic figures show that housing market trends have continued on from the strong finish to 2016, posting a 0.7% rise in capital city dwelling values over the first month of the year.
Every capital city apart from Darwin recorded a rise in dwelling values based on the hedonic index results for January. Additionally, the results over the rolling quarter showed every capital city, including Perth and Darwin, recorded some upwards movement in values.”

Give your landlords a voice on proposed RTA changes.

Responses due by Friday, 17 February.

Further to the call to action from REIV last week which was circulated to our investor clients and landlords this is follow up reminder notice to have your say on the proposed RTA changes.

Notice to all Residential Property Investors/Landlords:

Please find attached letter from the Real Estate Institute of Victoria in relation to proposed changes to the Residential Tenancy Act that will affect you as a landlord. Please read the changes carefully as these changes are positively geared toward tenants.

If you would like to discuss these changes and how they will affect you as a landlord and investor, please feel free to contact Mark Errichiello on 0408 988 118 as he is a Residential Tenancy Property Management expert with 20 years experience. He is also an REIV Members Council Delegate, a Buyers Agent Chapter Committee Member and is happy to assist.

A clearance rate of 80 per cent was recorded this week compared to 78 per cent last week and 74 per cent this week last year. There were 510 auctions reported to the REIV, with 410 selling and 100 being passed in, 35 of those on a vendor bid. The REIV collected 96% of auction results last week with a total of 547 results including 17 withdrawn and 20 postponed.

The RBA Board have today decided to keep the interest rates as is at 1.50%.

Conditions in the global economy have improved over recent months. Business and consumer confidence have both picked up. Above-trend growth is expected in a number of advanced economies, although uncertainties remain. In China, growth was stronger over the second half of 2016, supported by higher spending on infrastructure and property construction. This composition of growth and the rapid increase in borrowing mean that the medium-term risks to Chinese growth remain. The improvement in the global economy has contributed to higher commodity prices, which are providing a boost to Australia’s national income.
Headline inflation rates have moved higher in most countries, partly reflecting the higher commodity prices. Long-term bond yields have also moved higher, although in a historical context they remain low. Interest rates have increased in the United States and there is no longer an expectation of further monetary easing in other major economies. Financial markets have been functioning effectively and stock markets have mostly risen.

In Australia, the economy is continuing its transition following the end of the mining investment boom. GDP was weaker than expected in the September quarter, largely reflecting temporary factors. A return to reasonable growth is expected in the December quarter.

Following the Reserve Bank meeting in February, the cash rate was left unchanged at 1.5 per cent. The chance of a rate cut to 1.25 per cent in March was at 5.0 per cent as of 13 February according to the ASX RBA Rate indicator. The 2016 year finished strongly with a record 3,871 auctions held, and a 76 per cent clearance rate in December, compared to 3,804 auctions in December 2015. The local government areas of Darebin (206 auctions), Monash (194 auctions), Boroondara (189 auctions) and Moreland (188 auctions) had the highest number of auctions in December 2016, with Monash reporting a clearance rate of 85 per cent. There were about 39,100 auctions held in Victoria in 2016 with 75 per cent selling. The middle Melbourne region recorded the highest number of properties sold by auction in 2016, with around 11,900 sales, and a clearance rate of 77 per cent.

Median prices are a guide to market activity, and the REIV does not intend for median price measures to be regarded as a valuation tool. The assessment of a property’s value is a job for a qualified professional who possesses the knowledge, experience and comparable sales information required to do so.

Structural factors will drive next round of outperformers

Lots of noise and misinformation clouding the outlook

Casino mogul James Packer’s Crown Resorts has been given the green light to build Melbourne’s tallest tower, a $2 billion hotel and apartment complex, after the state government exempted it from normal planning rules.

The granting of approval for the 323-metre tower is a major win for Mr Packer, whose Consolidated Press Holdings owns 48.2 per cent of Crown Resorts, and Crown’s joint venture partner Schiavello, founded by furniture maker-turned-developer Tony Schiavello.

Read more at the Financial Review.

The Melbourne Property Buyer Expo is on next Friday 24th of Feb to Sunday 26th of Feb.

As Accredited VIC Members of (REBAA) and CEA (REIV) Members, Master Advocates have secured the free ticket code for our clients and followers, compliments of the event manager.

Jump on the web link to secure a free ticket (code: EXPOVIP1) This gives you a free 3 day pass option, you can secure multiple tickets.

Our Director and Principal Buyers Agent, Mark Errichiello be there on the Friday and Sunday as a real estate industry stage host interviewing some of the guest speakers.

Should you have any questions, please do not hesitate to contact Mark on 0408 988 118 or mark@masteradvocates.com.au. 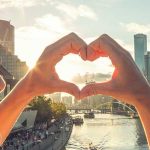